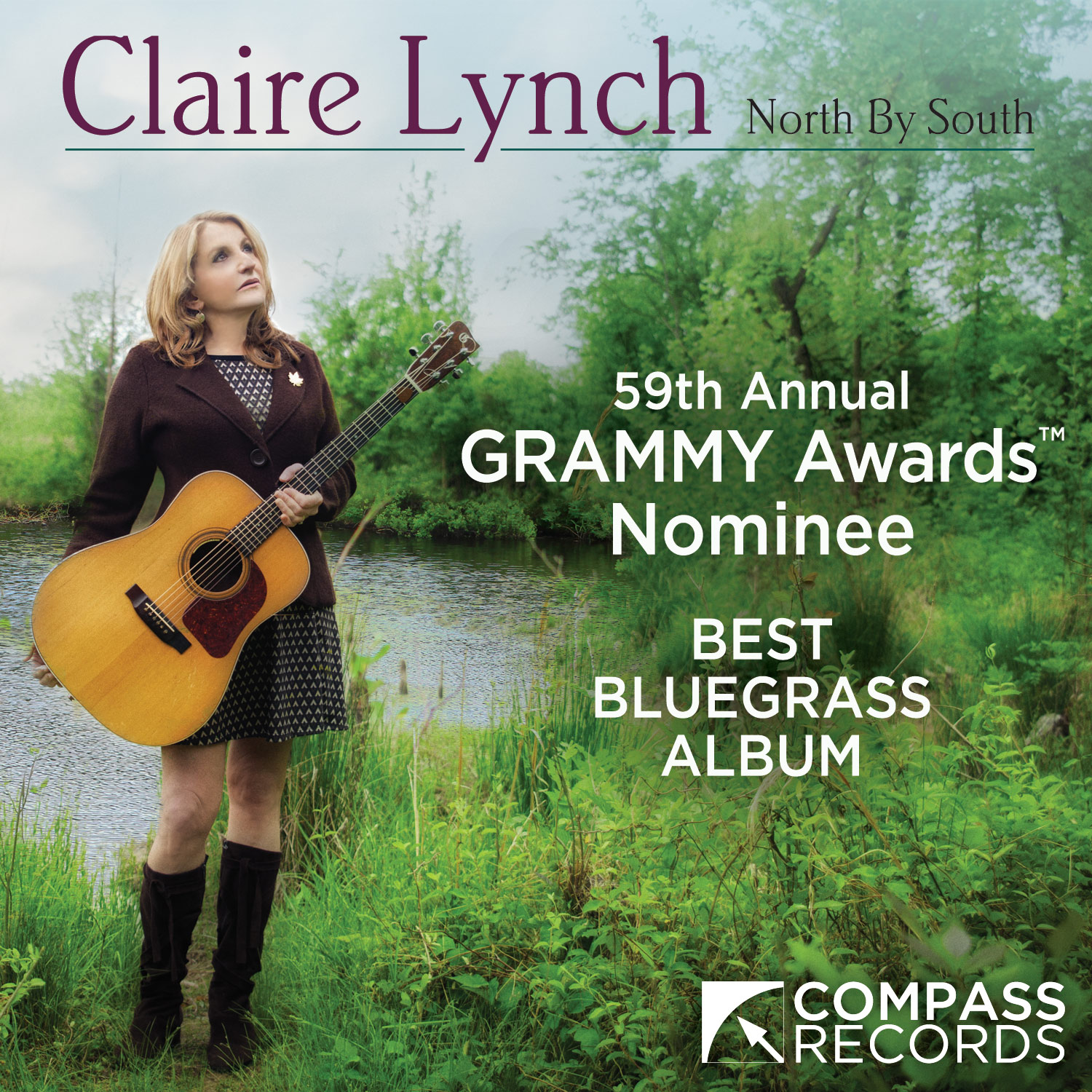 December 6th, 2016 – Nashville, TN –– Compass Records recording artist Claire Lynch received a GRAMMY nomination in the category of Best Bluegrass Album of the Year for her release NORTH BY SOUTH for the 59th Annual GRAMMY awards.

This is Claire’s 3rd Grammy nomination and adds to a long list of career accolades that include multiple wins for International Bluegrass Music Association’s Female Vocalist of the Year as well as the prestigious USA Artists Fellowship in music. Long considered a singer’s singer, Claire Lynch’s resume boasts collaborations with Dolly Parton, Emmylou Harris, and Linda Rondstadt who described her as a “rare talent” with the voice “of an angel”.

NORTH BY SOUTH is the product of a love for Canadian songs and of the love that developed between Claire and her Canadian fan (whom she married in 2014). The songs Claire selected for the project are an exquisite sampling of the rich tradition of Canadian songwriting and, as Lynch remarks, “it’s a collection that only touches the tip of the iceberg”.

Talking about her role as the album’s producer Alison Brown said: “Claire Lynch is a consummate artist and one of bluegrass music’s greatest treasures.  Having the chance to work with her in the studio was an incredible privilege for me and I’m so thrilled to see her get this recognition from the Recording Academy.”

Claire’s mother also had a strong affinity for Canada. Claire explains: “Mom always said things from Canada were just a little bit better. As a New Yorker transplanted to the South, I grew up knowing there was little that separated me from newfound friends. The same is true of this album: roots and branches don’t recognize borders. I want to thank the songwriters and musicians on either side of that imaginary line whose cross-pollination brought this project to fruition. I think Mom would agree this collection took “a little bit better” to a whole new level.”