In the instrumental food chain, the five-string banjo is one of the more dominant beasts: loud, brash and very hard to tame. In 1945, Earl Scruggs made the biggest leap in harnessing its raw power, bringing a revolutionary precision of touch and depth of tone.

Thousands of three-finger style banjo players have since made their marks, but none has cut such a path or moved so far along it as has Alison Brown. She’s acclaimed as one of today’s finest progressive banjo players, but you rarely find her in a conventional bluegrass setting. Instead, she’s known for leading an ensemble that successfully marries a broad array of roots-influenced music: folk, jazz, Celtic and Latin.

With her new Compass project, The Song of the Banjo, the 2015 IBMA Distinguished Achievement Award and 2001 GRAMMY Award-winning musician/composer/producer/entrepreneur plants another flag in her ongoing journey of sonic exploration.

As one might expect from a Harvard-educated MBA and co-founder of Compass Records, for 20 years old one of the most respected bluegrass, folk, Celtic and Americana labels, the title of Alison’s first album since 2009 was carefully considered. It comes from a poem by Rudyard Kipling, but she says the reason she chose it was that, “It points to the lyrical side of the banjo, which is the side I’m drawn to.”

Although banjos typically play “tunes” or “breakdowns,” in Alison Brown’s hands, the banjo truly sings. Part of that is the result of the modifications she’s made to her signature model Prucha 5-string, muting the usual harsher overtones and extraneous noises, emphasizing the sweetness and melodicism. But mostly, it’s her unique musical vision. Brown never wastes a note, never launching into banjo tsunamis just because she can; stopping her precision three-finger roll to leave space for a lyric or other instrumental voice when appropriate. Don’t mistake it, there is plenty of jaw-dropping virtuosity on The Song of the Banjo, but it's always in service to the melody at hand. The great tenor saxophonist Lester Young had to know the lyrics before he played a song, even as an instrumental. Like him, Brown always plays the words as well as the melody.

Duncan and Brown came up together in the Southern California bluegrass scene, and Ickes was close behind them in the Northern part of the State, but (even though she can “lay the thumb to the five” with the best of them), Brown’s inner bluegrass girl wasn’t invited to this party.  Of the 12 tracks on The Song of the Banjo, seven are Brown originals, including the melodic, pop-flavored title piece that opens the set, as well the gravity-defying piano/banjo duet, “Musette for the Last Fret.” Then there are her trademark compositions written in Cinemascope - grandly sweeping melodies like “A Long Way Gone” and the Celtic-tinged “Airish.” “The Moon in Molly’s Eyes” brings in bossa nova, with lush strings by Compass label mate Andrea Zonn. “Stuff Happens,” written by Brown and West, turned into an accidental tribute to Gadd’s old band of studio aces, Stuff, which set the bar for ‘70s pop-funk-blues fusion.  “I imagined the tune to be a cross between “White Freightliner” and “Freedom Jazz Dance”, but when Steve kicked off the groove on our first run-through I couldn’t help but think about Cornell Dupree – always one of my favorite guitarists – and be reminded of Stuff.”  Paul Simon drummer/guitarist Jim Oblon brings some NYC blues-inspired guitar to the celebration.

Brown’s choices for cover songs are even more surprising, from her bouncy take on Orleans’ soft-rocker “Dance with Me” (featuring great interplay with Ickes) to Cyndi Lauper’s hauntingly beautiful “Time After Time” to 1980’s instrumental chart-topper “Chuck Mangione’s “Feels So Good,” featuring Shimabukuro’s tenor uke and the drumming of Gadd, a boyhood friend of Mangione. In Brown’s masterful hands, all three sound as if they were written for the banjo. “Time After Time” is particularly stunning. “It’s just lays so beautifully on the banjo,” she says, “and I figure if it was good enough for Miles Davis it’s good enough for me.”

Brown’s unique cover versions work two very different kinds of magic, revitalizing these rock and pop classics while stripping away stereotypes of what a banjo can or can’t do. “Familiar music allows folks to understand an instrument that they may not be overly familiar with.  The banjo is a complex instrument, with melodic ideas normally surrounded by rapid fire arpeggiated chords, but when you play a familiar tune it allows the audience to more clearly hear the voice of the instrument, and to understand how the playing style is integrated into, and around, the melody.”

One of the album’s covers actually had a banjo on the original. Michael Martin Murphey’s “Carolina in the Pines” became a bluegrass standard in the ‘70s, but in Brown’s arrangement, the banjo riff goes to pianist Will Barrow, while her banjo evokes the cascading piano part. Another twist is that what had been a man’s song is beautifully sung by Indigo Girls’ Amy Ray and Emily Saliers.

Producers Brown and West keep those surprises coming, as Colin Hay wryly sings Dionne Warwick’s 1970 Bacharach/David hit, “I’ll Never Fall in Love Again” accompanied by Brown’s custom-built wood-bodied banjola.  “Colin was in Nashville, having dinner at our house in fact, when somehow we got on the topic of Burt Bacharach.  When we found out how much he loves Bacharach’s music – easily as much as we do – we asked him if he’d be interested in doing a song together.  We went into the studio the next morning and had the track knocked out by lunchtime.”

Keb’ Mo’s Americana-soul version of Marvin Gaye’s seminal “What’s Going On” is another unexpected pleasure. The bonus track, recorded after the album was finished and rush-released as a free-standing single to radio, will be available on the album’s Deluxe Edition. Along with Keb’s warm vocals, the song features instrumental sparks between Duncan and Brown, as well as an explosive piano solo by Joe Davidian. But it’s Brown’s understated backup and exploratory solo on low banjo that quietly steals the show.

Brown is comfortable not constantly being the lead voice, not always being the star, preferring true ensembles. “When I arrange a song or write a piece of music, I really enjoy interweaving the different musical voices. That way you get more of a tapestry rather than a bunch of people backing up one sound.”

For those who came of age in the ‘70s and ‘80s, Brown’s re-invention of these familiar songs makes them sound brand new. For younger listeners hearing them for the first time, her versions may well set the new standard.

That’s all part of the alternative banjo universe that Alison Brown occupies so beautifully on The Song of the Banjo, reaching into the past as she looks to the future, creating an album for people who didn’t know how much they liked the banjo, while giving banjo fans new reasons to love the instrument.

“It’s amazing to me how much the banjo changed in the 20th Century,” Brown says. “And here we are in the dawn of the 21st; who knows where it may go?”

For one answer to that question, look no further than The Song of the Banjo. 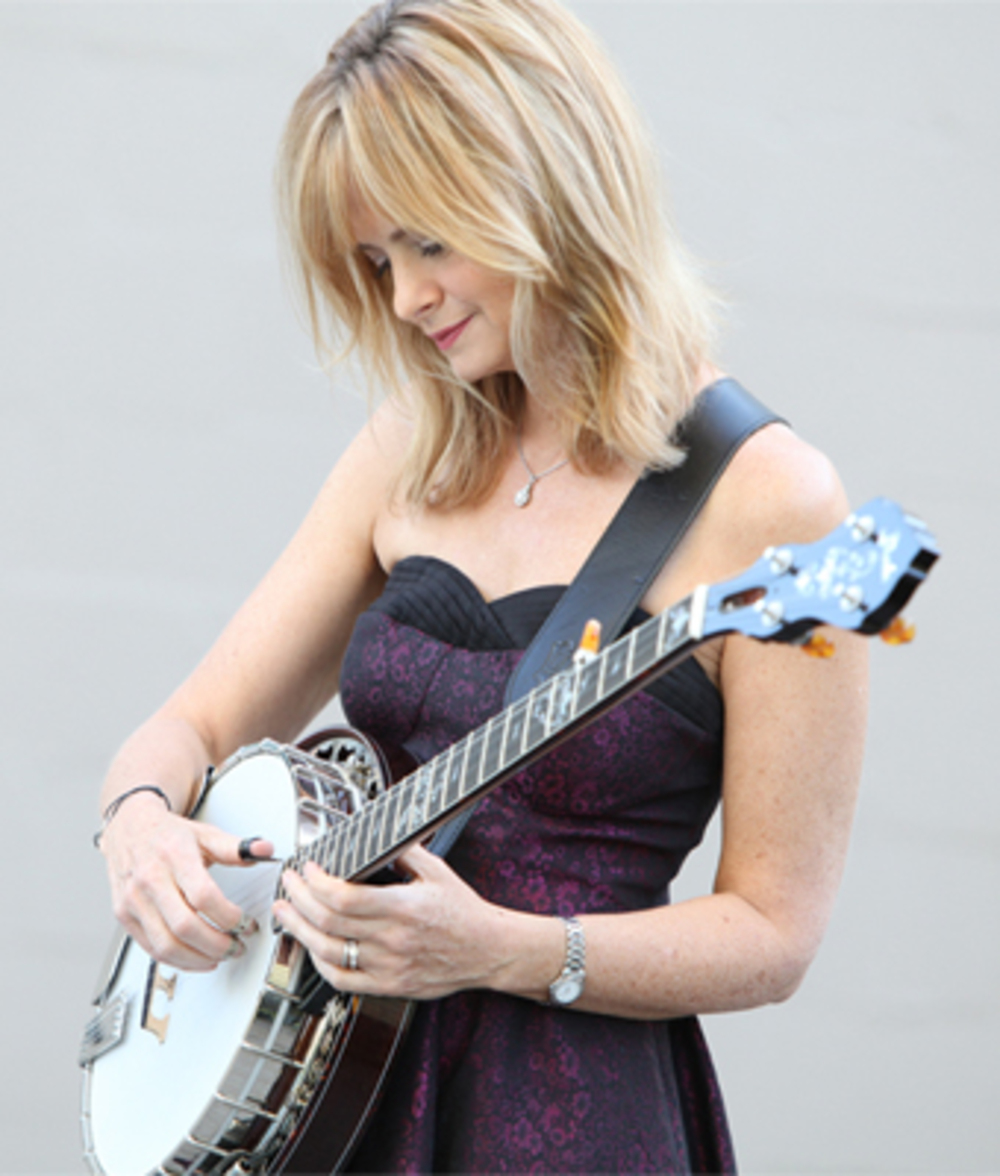 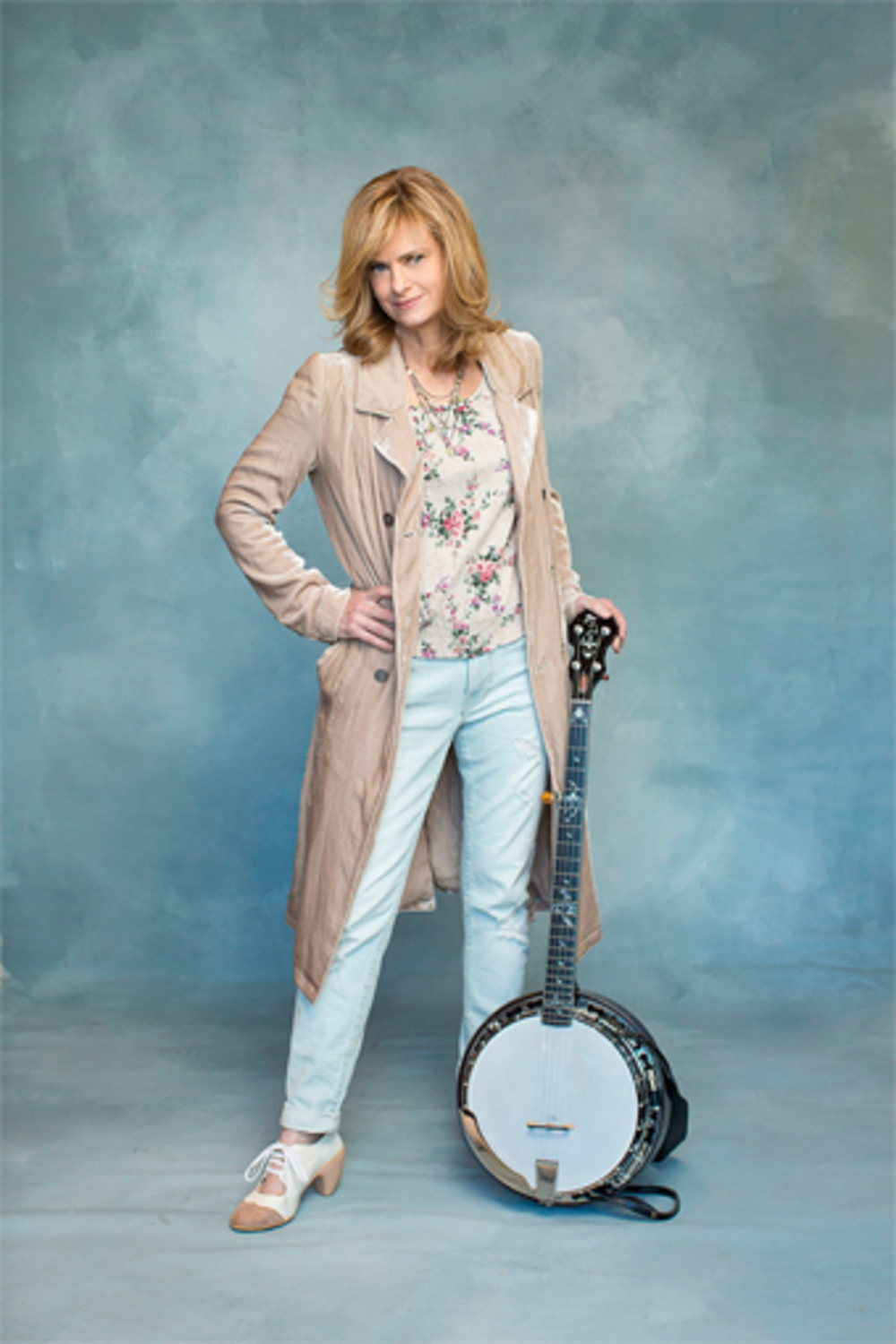 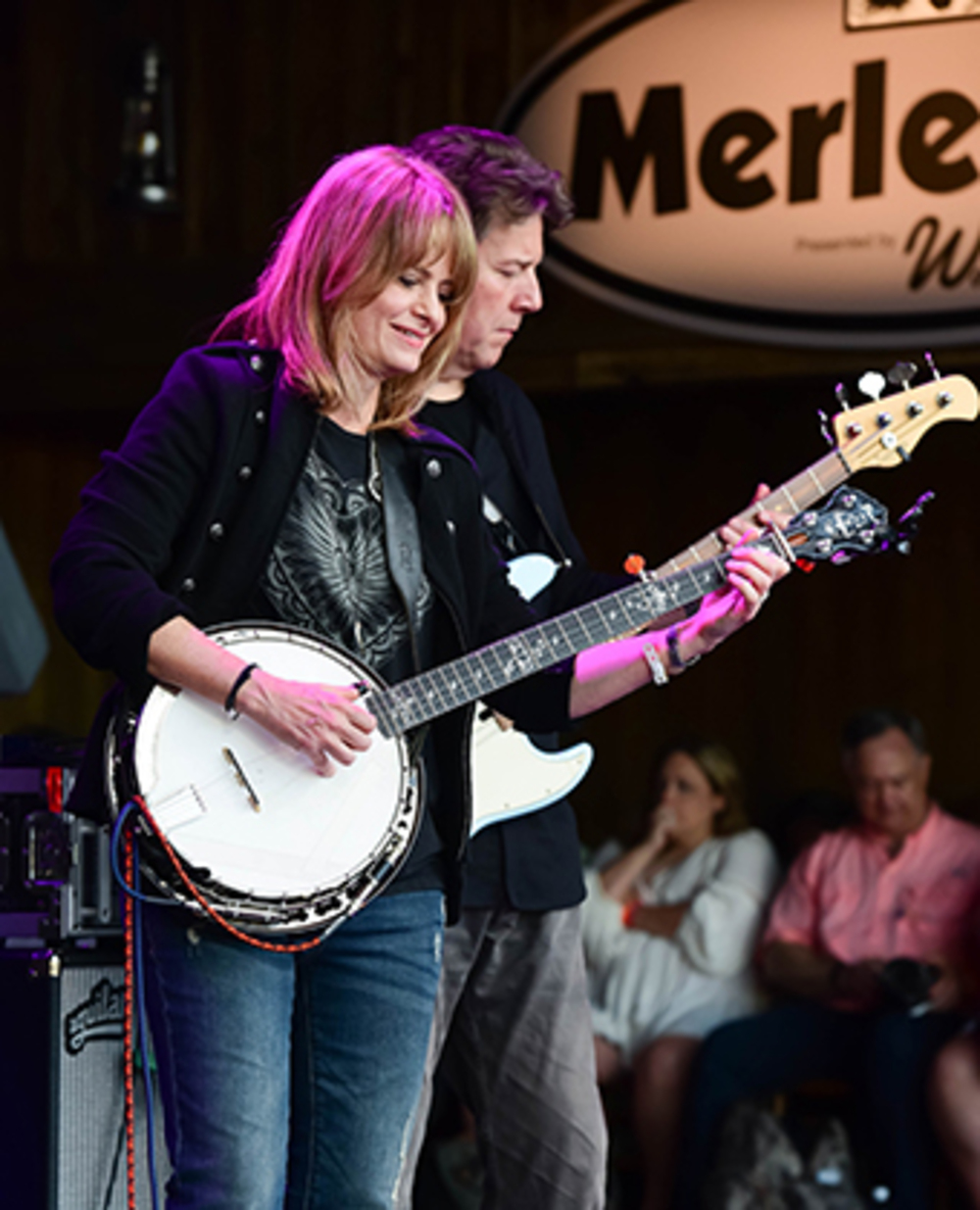 TWITTER
Please tune into @gfbluegrass's #SpiritOfGreyFox and consider a donation to the IBMA Trust Fund to support COVID Re… https://t.co/7J4mZ5IVVF
RT @MerleFest: The lineup for next week's #DocWatsonDay! Join us via Twitter, Instagram (IGTV), or Facebook starting each day at 9am. We wi…
RT @nodepression: Special Consensus Pays Homage to Chicago’s Bluegrass and Country Branches Read the full album review! @CompassRecords @a…
RT @TheBGSituation: There are many unique twists to banjoist Alison Brown's (@alisononbanjo) story, from her first duo records with Stuart…
What a privilege it was to talk to the amazing (and banjo picking) Tom Power last fall. You can check out our conv… https://t.co/Vf5SuRAxm0
Read More Tweets...
Home | About | News | Music | Tour | Photos | Store | Members | Contact